There are two stones associated with the month of March – Aquamarine, and Bloodstone. Although both stones differ in appearance, they both share the same symbolism – to preserve and enhance the health of the wearer.
The name Aquamarine is derived from the Latin word aqua (water) and marina (sea). The color ranges from greenish blue to bluish green where the color is stronger among larger stones. The darker colored stones are more valuable. Aquamarine is a variety of the mineral, Beryl.
This timeless gem is a symbol of fidelity, health, hope, and youth. Its color is like the water and the sky combined and thus it represents eternal life. Aquamarine had been said to have a soothing influence on wedded
couples and thus is it is a popular gift for anniversaries.

The aquamarine has been used by the Greeks and Egyptians since 400 BC. For them, the aquamarine was a symbol of purity and loyalty. By getting lighter and darker, the stone would show what is true and untrue and this would warn the wearer for bad people. The bright aquamarine literally means ‘water of the sea’, referring to its green-blueish colour. The aquamarine used to be a amulet during sailings and a lying detector, now it is the perfect gift for people born in March.

The second birthstone for March is bloodstone, a dark-green jasper flecked with vivid red spots of iron oxide. This ancient stone was used by the Babylonians to make seals and amulets and was believed to have healing powers — especially for blood disorders. It is sometimes called the martyr’s stone as legend tells that it was created when drops of Christ’s blood stained some jasper at the foot of the cross. Generally found embedded in rocks or in riverbeds as pebbles, primary sources for this stone are India, Brazil, and Australia.

The stone is believed to possess magical and healing powers, particularly for blood ailments. In 5000 BC, the Babylonians used it for divination to magically help them increase their strength to defeat and conquer their enemies. Today, the bloodstone is still used as a lucky charm, to increase strength and creativity. 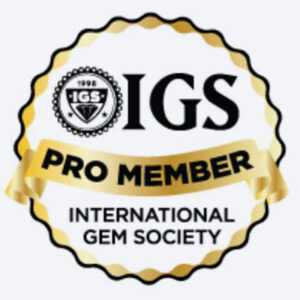